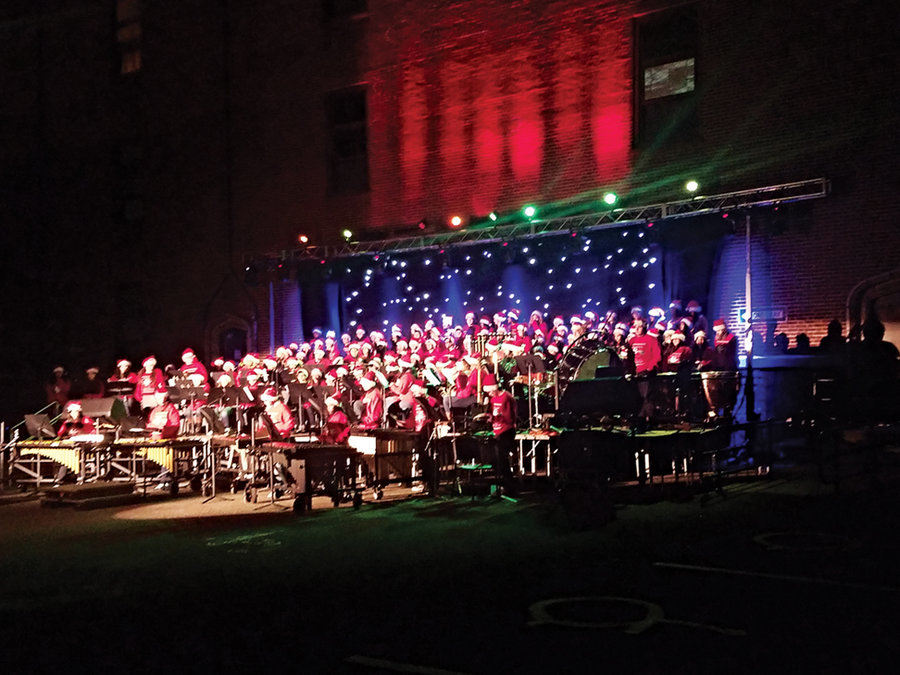 Bayonne High School hosted its first annual Winter Spectacular on the evening of Thursday, December 8. The festival showcased more than 150 students from combined high school and middle school bands, including the high school choir, the jazz ensemble, middle school combined choirs, and a guitar ensemble. Musicians performed Christmas music on a stage outside the tennis courts with colors and images projected onto the school behind. Weather in the 30s had the school opening a hot chocolate stand and selling blankets, along with other apparel. Despite the frigid weather, relatives came out in support of their young musicians. Click here for more.

As the Bayonne Board of Education (BBOED) reports a $2 million budget deficit, trustees and local politicians say they will get to the bottom of the issue. Mayor James Davis and 31st District Assemblyman Nicholas Chiaravalloti issued separate statements last week, both pledging to help in any way they can, while vowing to make sure those responsible for overspending district funds will be held accountable. Chiaravalloti said that he and Assembly Speaker Vincent Prieto requested the Office of the State Auditor to conduct a performance audit, “so we’ll have a complete understanding of how we arrived at this point and what accounts were overextended and what money is gone, and prevent it from occurring again.” Click here for more.

An ongoing drought in the area is worsening the unpleasant odor that’s permeating the city. Sewage systems and the problems that accompany outdated infrastructure are myriad and ongoing, especially in older cities like Bayonne. The latest burden on the old sewers is one of society’s most challenging—climate and human behavior. The drought is temporary. A troubling circumstance that’s more permanent is the amount of trash coming out of the sewers. By measuring litter using netting chambers designed to keep litter out of the system, Boyle found that litter in sewers doubled in the last five years. He recommends that the city provide more trashcans to help alleviate the problem. Click here for more.