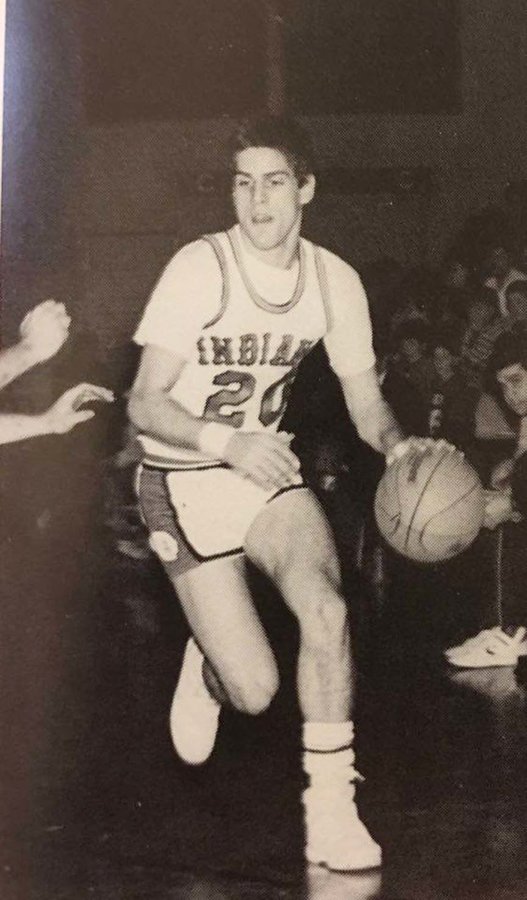 In the late 1980s, there was no one and nothing better than Joey Sabato.

He was a three-sport superstar at Weehawken High School, the all-time leading scorer in basketball, a standout running back and defensive back in football, a sure-fire baseball player with a cannon for an arm and a bat made out of gold.

If the Hudson Reporter was giving out the annual Athlete of the Year award in 1989, Sabato would have been an absolute lock to receive it.

That’s why the entire township was saddened with the news that Sabato had died suddenly last Tuesday morning. He was only 46 and was the principal at Middlesex High School for a few years.

“He would be on the Mount Rushmore of Weehawken,” said Rob Ferullo, who was one of Sabato’s best friends growing up in Weehawken. “He could have been Division I in anything. He was the best ever in Weehawken, no doubt. In basketball, he could play any position. Football he was great. Baseball, no one could throw it better.”

Ferullo, now an assistant principal at Weehawken High and one of the directors of the Weehawken Recreation program, recalled the day that Sabato scored the 1,000th point of his basketball career.

“I was the one who gave him the assist for the 1,000th,” Ferullo said. “It was against Emerson Borough.”

Sabato had another memorable game his senior season against Bergen County Scholastic League foe Becton Regional, when he scored 51 points in the first half and ended the game with 57 points.

“That was just incredible,” Ferullo said. “That still sticks out.”

It’s memorable in the eyes of the man who coached Ferullo, namely Brian Long.

“It doesn’t make sense to me,” Long said of Sabato’s passing. “I just don’t have any answers. It’s like losing a friend and a son. Every year, we spent Super Bowl Sunday together at his house. You never really know what tomorrow brings. It hurts me to know that Joey and his brother, Johnny, were so close. It has to be hurting Johnny.

Added Long, “Joey Sabato was the coach’s dream. He was so coachable. He was a great leader on the floor, but he was also great to his teammates. I don’t know of a better person, but Joey was a better person than he was a player. He chose the right profession, because I know how much those kids at his high school meant to him. I know how much of a difference he made with those kids. I was in his wedding party. I feel so much for his family.”

Long remembered how much Sabato looked out for his teammates.

“He was a great player,” Long said. “He was as prolific of a scorer as you can find. We won the [NJSIAA North Jersey Section 1, Group I] state sectional when he was a freshman in 1986 and then went 54-1 in the conference [the Bergen County Scholastic League-National Division].”

“We coached together for two years, then he took over the girls’ team,” McNish said. “We were on the same page. He was all about the kids. He never once talked about himself. It was never about him.”

Sabato went to Appalachian State to play NCAA Division I basketball for four years. He then returned home to become a teacher, a coach and administrator.

As a coach, he guided Lincoln to the NJSIAA North 1, Group II state sectional title, then moved on to become an administrator as an assistant principal and later principal at Lyndhurst before moving on to Middlesex High School.

“We grew up together in Gregory Park, playing all sports,” Stratton said. “When we played hockey, we needed a goalie, so we put Joey in goal. I used to hang out at the Sabato house with Johnny and Joey. When I became the head football coach, he was my offensive coordinator. My fondest memory of Joey was beating Secaucus when we were coaching.”

Ferullo tried hard to wrap his head around his friend’s sudden demise.

“It never bothered him that the spotlight was always on him,” Ferullo said. “He was always nice to people. He never bragged about being a good athlete. I would just sit and watch him and say, ‘Wow, Joey, how can you do that?’ It’s a huge loss. I’m not ready to have the conversation that Joey is gone. Until something like this happens, you never believe it. It’s staggering to believe that someone like Joey is not here anymore. I can’t process that thought. I’m going to miss him.”

“This hits home,” Stratton said. “It’s the first one of my friends to pass away. We were like brothers. It’s terrible, like I lost a family member.”

It’s the way a lot of people in Weehawken are feeling after hearing the news. Sabato’s parents still reside in Weehawken. His father retired as the public safety director after a long career as a police officer.

Joey Sabato leaves a wife and a young daughter. It’s a tragedy that will be felt in a lot of towns in the state, but most importantly, Weehawken.