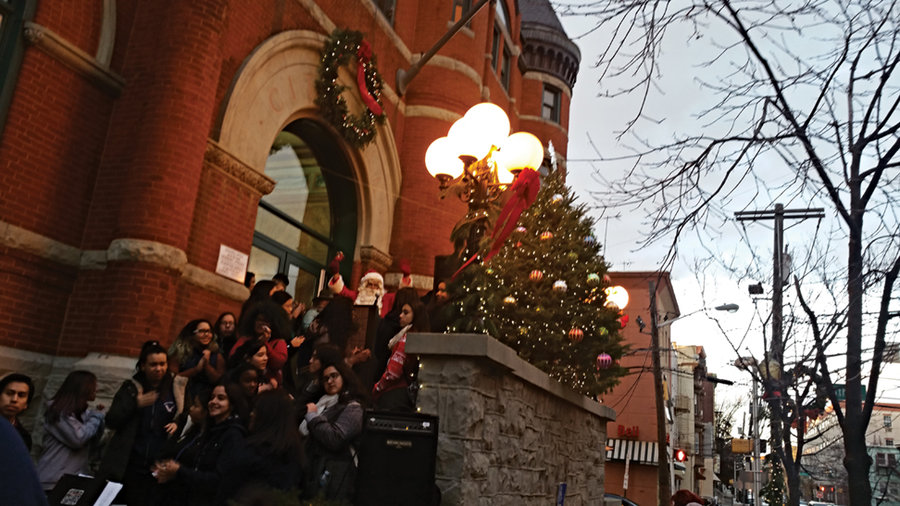 Union City officials wished everybody a happy holiday this year while lighting the Christmas tree in front of Town Hall on Friday, Dec. 2. Students from the high school choir and band performed holiday music on the sidewalk while Santa Claus made an appearance.
Resident Micaias Rojas came to see his daughter Raquel, 18, perform in the choir.
“She’s going to visit relatives in Columbia this Christmas,” Rojas said. “Every year we have a tradition of drinking hot chocolate and eating paneton [a Spanish fruitcake].”