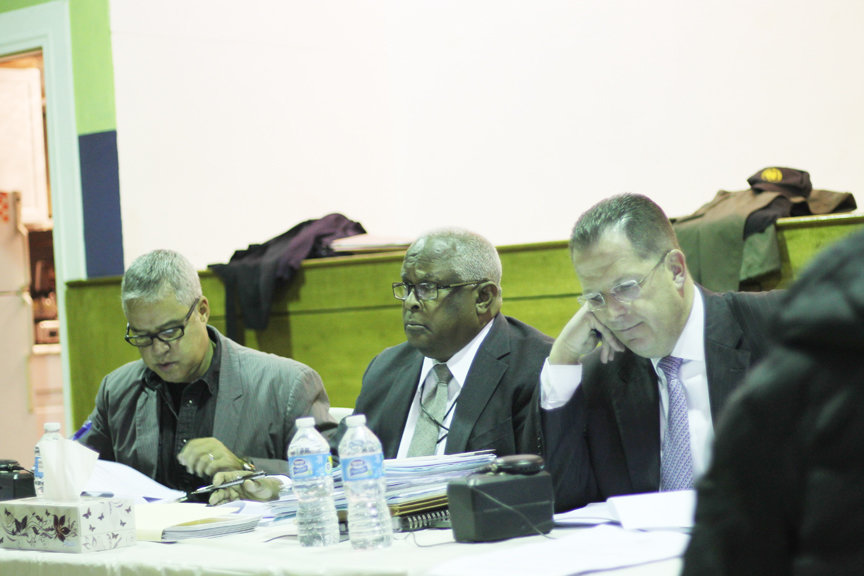 The Union City Board of Commissioners, at their meeting last month, adopted an ordinance that limits the amount a landlord can raise the rent each year in presently rent-stabilized apartments. The increase for senior citizens is 2 percept of the annual consumer price index. The increase can rise to 3 percent for other residents.
Many cities in New Jersey have rent control ordinances that limit the amount a landlord can hike the rent.
Stack said senior citizens live on fixed incomes, and the city needs to do something to help make sure they are not priced out of their homes.
“This is only for multi-unit rent controlled housing,” he said, “not one- and two-family homes.”
After holding a public hearing on both ordinances on Nov. 22 at a meeting held at the Bruce D. Walter Recreation Center on West Street, the commissioners adopted them.
In a related resolution passed by the commissioners, Alejandro Velazquez was named public housing officer. Stack said this allows the city to take over and operate a building when the owner of a multi-family dwelling fails to maintain it up to code.
“This allows us to run, manage, collect rent and repair a building,” Stack said. “This doesn’t just protect the people in that building. One bad building can hurt the whole neighborhood.”
Most of the landlords of problematic buildings, Stack said, do not live in the buildings or even in Union City. So this allows the city to manage a building and maintain it until a more permanent solution can be worked out.

The commissioners also adopted an ordinance that would require the owners of rental buildings to maintain a key lockbox system. Stack, who also serves as commissioner of public safety, said this will allow firefighters and other emergency personnel access to apartments in the buildings in case of emergency.
The law does not apply to condominium buildings. It requires larger residential buildings to install a box designed to contain building entrance keys and keys to other areas of a building, such as locked rooms and storage areas.
Fire officials will designate the type of lockbox to be implemented.

In a resolution designed to help get funding for various public spaces such as parks, playgrounds, and even performance spaces, the commissioners voted to submit an application for a grant from the New Jersey Department of Transportation from this year’s Transportation Alternatives Program.
The program provides federal funds for community-based non-traditional projects designed to “strengthen the cultural, aesthetic and environmental aspects of the nation’s intermodal system.”
A municipality can potentially get as much as $1 million, and would not have to provide any matching funds. Some towns such as Jersey City have sought funds that would provide more bicycle lanes and such, but the money can also be used to provide for public spaces.
“We want to use this for street paving, sidewalk improvements, and traffic safety,” Stack said, noting that the city has invested significantly in parks and performance arts spaces. “It is really important that if we provide these, people use them.”
Union City residents have, he noted, attending many of the numerous events that are offered at the William Musto Center.
Al Sullivan may be reached at asullivan@hudsonreporter.com.