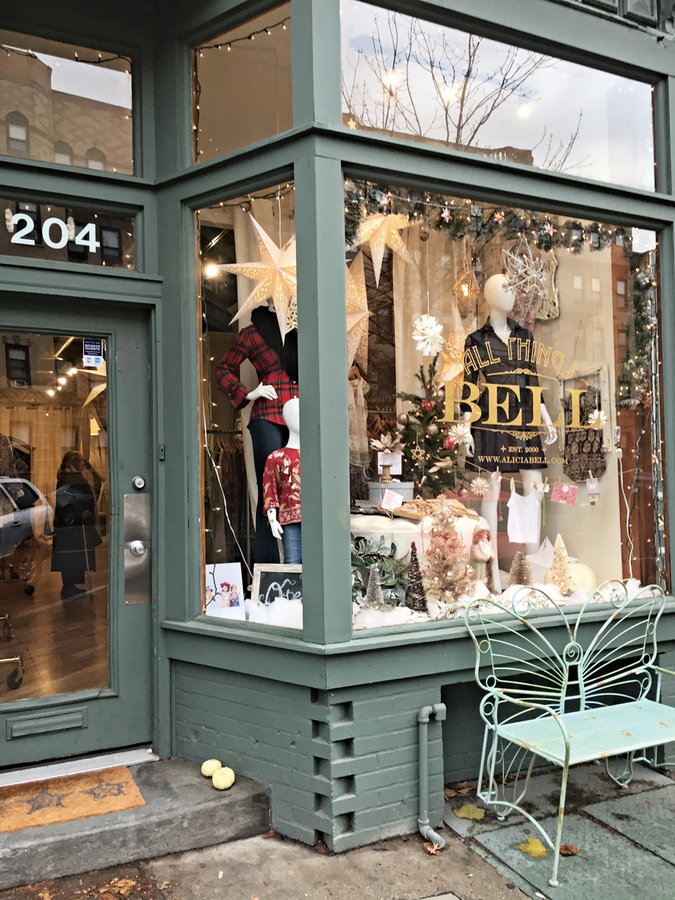 Hoboken is a busy mile square with new businesses landing here every month. The latest crop includes two Korean restaurants, a clothing wholesaler, and a new fitness studio.
Several popular businesses are also leaving the city or moving to a different part of town (see sidebar). The historic Blimpie restaurant is heading uptown, employees say.
The Reporter walked around town to find out which businesses are opening in the near future and which have opened recently. If you have one we missed, email us at editorial @hudsonreporter.com and put Hoboken in the subject head.

Fit Foundry, at 1416 Willow Ave. atop Battaglia’s Home, is scheduled to open mid-December, according to founder David Quevedo. The new fitness studio will offer personal small group session of two to four people, an open gym membership, and larger team sessions.
A few blocks to the southeast, All Things Bell, a women’s and children’s customized clothing wholesaler, has opened in a small storefront at 1204 Washington St. It’s owned by Alicia Bell, a clothing designer who came up with the customizable “build your own shirt” endorsed by Oprah, Kelly Ripa, and Madonna.
“This grew out of needing office space,” said Bell. “So why not see about a store in Hoboken which would have a showroom and boutique in the front and offices in the back?”
She said the shirts have become popular in Hoboken as there are a lot of working women in the area.
Bell said the shirts come in different sizes and shapes and women can come in and look at swatches and customize the clothes to their liking.
The shirts take two to three weeks to make in Chicago, Bell said. The boutique also carries accessories and children’s jewelry.

Three new businesses have opened in the Monroe Center at 720 Monroe St.
The restaurant Shaka Bowl opened Oct. 15, and offers a nutritional taste of Hawaii, from smoothies and acai bowls to poké bowls.

_____________
“We are like the show ‘Cheers.’ ” – Tina Daroowalla
____________
The family restaurant was opened by two sisters and a brother and was inspired by a time when sisters Kiersten and Krista studied in Hawaii, according to Kiersten.
“We fell in love with the culture,” said Kiersten. “It was so warm and welcoming and the healthy clean eating was really tasty. And there was nothing really over here like it yet.”
Kiersten, the head chef, wrote the menu two years ago and pitched to the idea to her brother.
The trio, originally from Bergen County, have since moved to Hoboken and are hoping to expand the restaurant in the next few years.
Meanwhile, Branding Shorts, which opened in August of this year, creates short videos for companies all over the country to train employees, promote products and businesses, and fundraise for nonprofit groups.
Husband and wife team Tony Parente and Micki Pegano, Branding Shorts Founders, decided to relocate their business from New York to Hoboken after moving here to start a family.
“We were looking to expand, and to start a family in New York was just crazy expensive,” said Pegano. “I was reluctant to cross the river but we kept coming back to Hoboken almost like a magnet… the sense of community is beautiful in this town and I don’t miss [New York] one bit.”
Branding Shorts has worked with companies all over the country including Dunkin Donuts, Lawreys, and more locally with the Cake Boss, Cork, and the American Legion post.
They have also done work for local and national charities.
Also in the building, Tessa International School will have a soft launch with a full opening in the fall of 2017 and offers full language immersion classes in French and Spanish in language and math for preschool aged children.
Founder and Executive Director Isabelle Bonneau decided to open the school in Hoboken as she believes there is large demand for language immersion education. According to Robert Mullins, the head of the school, they have already had a few families enroll their children for the coming year.

O’Bagel opened in March at the corner of Sixth and Washington streets after the owners took a year to renovate what used to be S. Sullivans Bar & Grill.
“Every issue you can imagine we came across,” said owner Stephen El Hassan.
He said they had to put in all new plumbing and electrical wiring. He and his sister Helengrace opened the location “with a modern touch on a classic family business.”
El Hassan said his father opened the first O’Bagels in Warren Township and Basking Ridge and he had “realistically started to create the menu at 8 years old” in his father’s place.
The restaurant offers classic and new bagel sandwiches for breakfast, lunch, and dinner.

Karma Kafe, 505 Washington St., reopened its doors in November after being closed for nearly a year due to a fire next door.
“We can’t thank the first responders enough,” said owner Tina Daroowalla.
“I can tell you Hoboken is fantastic,” said Daroowalla. “People have walked in and hugged us and said they were happy to see us. Every night we hear they are happy to have us back and say ‘We missed you.’ ”
“We are like the show ‘Cheers,’ ” she added.
The restaurant serves Indian food and is famous for its lunch buffet.

At 79 Hudson St. Gogi Grill opened its doors for the first time on Halloween. Inku Yo, owner of the new Korean fast food restaurant, said the idea had been brewing for at least 10 years.
“It started when a co-worker and I wanted to partner up and make a big splash by opening 100 of them like a Korean Panda Express,” said Yo. “It began with the question, ‘Why isn’t it everywhere, like Chinese food?’ ”
Yo said his favorite menu item is the scallion pancake taco, his own creation.
Across the street, a Korean and American fusion restaurant, So Gong Dong Fresh, opened its doors in September at 70 Hudson Street.

Marilyn Baer can be reached at marilynb@hudsonreporter.com.

Other businesses are moving or leaving town.
The “World’s First Blimpie Sandwich Store” is likely to relocate next spring from First and Washington streets to an uptown location. A Blimpie employee who has worked at the location for years said on Tuesday that employees were informed of the move a few weeks ago and the store will move in May or June to a new location at 14th and Willow.
Blimpie opened its doors at 110 Washington St. in 1964 and grew into the chain of sandwich restaurants now headquartered in Scottsdale, Ariz.
According to a real estate listing by Ripco Real Estate, the store’s “prime retail location” is now on the market and will be available in 2017.
The 14th and Willow area is a rapidly developing former industrial neighborhood in the northwest part of Hoboken. Several new apartment buildings have risen in the area, and a Trader Joe’s market is expected to open in February.
Meanwhile, Sobsey’s Produce, a small grocery store at 92 Bloomfield St., will be closing its doors after 26 years, according to owner Michael Sobsey, who has decided to retire.
“We don’t know yet when we will close. It will depend on when we find a tenant,” said Sobsey.
“I have mixed feelings,” he said. “It has a long history… we’ve been here a long time… but at the same time I am looking forward to whatever comes next.”
Sobsey said will miss his customers and people he worked with. He noted, “It’ll be difficult to get good produce when I’m not here anymore.”
He added that the “business is as strong as ever” but that it is “the last of its kind, meaning an independent natural food seller.”
Sobsey’s started at a time when there were no farmers’ markets in town. Now, the city has several that come in one day per week, but aren’t open all year.
Also closing will be Ganache, the small coffee shop and eatery in The Hudson Tea building at 1500 Hudson St.
General Manager Sanan said, “Ganache will be closing its doors at the end of next week [Dec. 18] as our lease is up at the end of December.”
Sanan said Ganache was closing because the company that owns the space “doubled the price of the rent.”
“I’ve been dedicated to this place for nine years,” he said. “It’s our baby. We started it from scratch. We are going to miss our customers.”