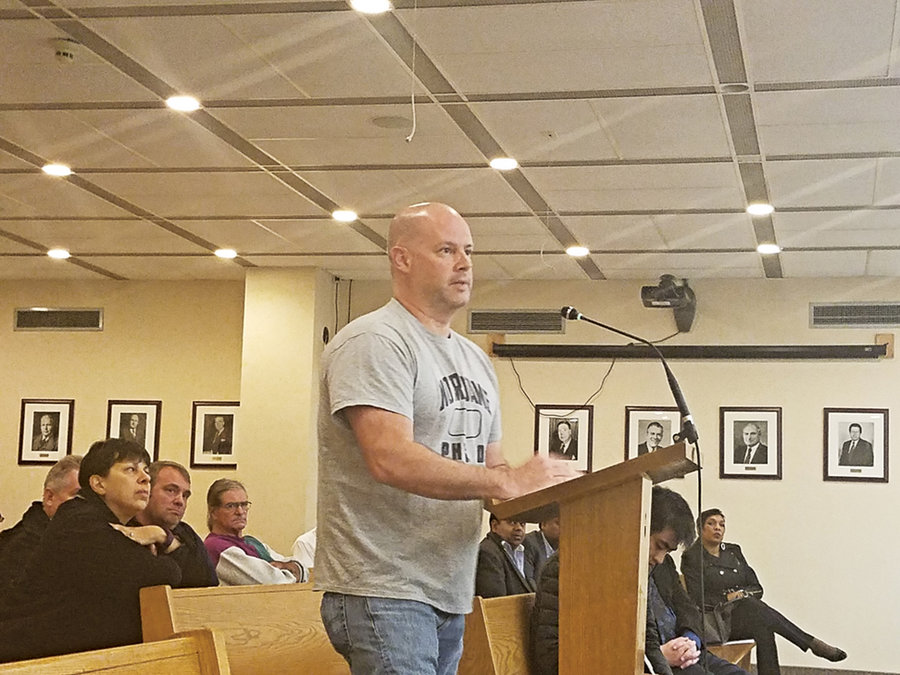 Local Bayonne attorney and former business administrator for the City of Bayonne, Peter Cresci, has been temporarily suspended from practicing law by the NJ State Bar Association, according to a ruling from the state Supreme Court’s Office of Attorney Ethics.
Cresci, a frequent speaker at Bayonne City Council meetings and critic of Mayor James Davis and his administration, is behind many cases against the city since his departure from the Bayonne Parking Authority, where he worked as the department’s attorney and interim director.
Most recently, he represented three former employees who sued, alleging their layoffs were not made in good faith. In October, an administrative law judge recommended all three employees be reinstated at their former positions, an order that awaits a final decision by the Civil Service Commission.
In a statement sent via text message, Cresci called his suspension’s timing “questionable,” suggesting it was carried out in “retaliation and reprisal” for his role in suing the city for wrongful layoffs.
Cresci plans on being reinstated. “As the motion was temporary and done without notice,” said Cresci, “my lawyers are moving to reinstate.” The suspension is currently under review at the state Supreme Court; most suspensions do not lead to disbarment.

“As the motion was temporary and done without notice, my lawyers are moving to reinstate.” – Peter Cresci
____________

A fighting history in Bayonne

According to documents from the Office of Attorney Ethics, Cresci was suspended for mishandling of an attorney trust account. This would not be Cresci’s first bout with questionable attorney ethics.
Last December, Cresci entered a pretrial intervention program after pleading guilty in a September 2013 case in which he forged a signature on a settlement agreement, resulting in unlawfully taking $25,000 from a client. The charge will be dropped if Cresci adheres to the pretrial intervention conditions.
Earlier this year, the City of Bayonne agreed to pay Cresci a $25,000 settlement for a wrongful arrest in 2011, for allegedly taking money from the city.
In his statement via text message, Cresci, a 1989 graduate of Notre Dame, said he’s proud of his “fighting Irish” roots. “I dedicated myself several years ago to fight for people’s civil rights and insisting on better government for the people,” he said, later adding that his “resolve is only strengthened” by this temporary suspension.