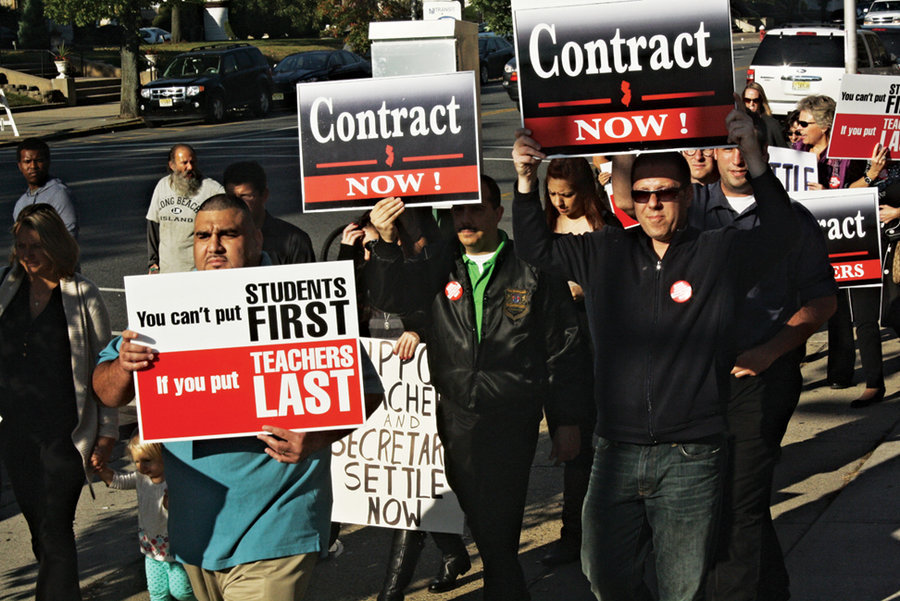 The seemingly endless quest for a settlement of the teachers’ contract was complicated last week when William Blanchard, a math teacher at Bayonne High School, sent out a letter to union members asking them to vote to impeach Bayonne Teachers Association (BTA) President Alan D’Angelo at an upcoming union meeting. The letter charged D’Angelo with working against union member interests in the 17-month negotiation for a teachers’ contract. Click here for more.

Bayonne celebrated the start of the holiday season with its annual tree lighting ceremony on Tuesday, November 22, to the accompaniment of the Bayonne High School jazz ensemble, the All Saints Catholic Academy choir, and local guitarist Al Knight. Lights shone on trees along Broadway, but none so brightly as the one between 22nd and 23rd streets at 481 Broadway. Mayor James Davis and the city council posed for photos, as did countless residents after getting a photo op with Santa next to the tree. Click here for more.

The Bayonne School District hosted a grand opening of the STEM Studio at Midtown Community School, a workshop that engages elementary students in concepts of Science, Technology, Engineering, and Math (STEM) through the use of robotics, computers, and collaborative problem-solving exercises. The ceremony, which was held on Wednesday, November 23, showcased student projects in robotics. Click here for more.