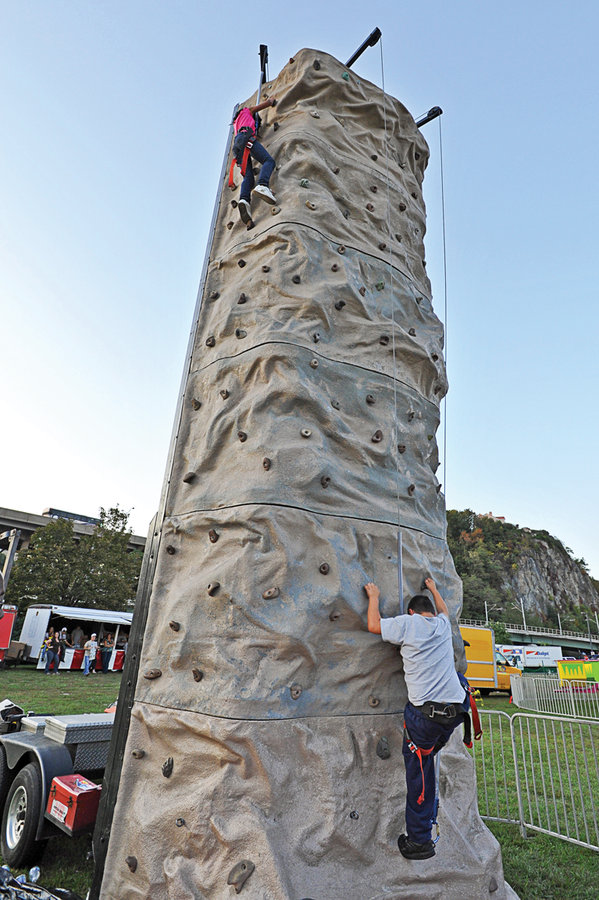 Weehawken Day, an all-day festival for the residents of Weehawken, will be held Oct. 1 from noon to 6 p.m. at the town’s 10-acre park along the Hudson River waterfront.

The last Weehawken Day occurred in October of 2009 and cost nearly $130,000, according to Mayor Richard Turner, most of which came from grants and the city budget. He said that after the recession the city was unable to host the costly event, but has this year been able to cut costs considerably.

“This year the festival will cost about $40,000, and about 99 percent of it has been paid for through donations and contributions,” said Turner. Turner added that a portion of the money for the event also came from renting athletic facilities found at the park.

The city decided to resurrect Weehawken Day after residents and neighbors approached members of the City Council and the mayor requesting it at the town’s Fun Day. Before, Turner said, they hadn’t contemplated bringing it back.

Weehawken Day is for all ages according to Turner and will have hayrides, free food, face painting, a photo booth, bounce houses, contests, bingo, live entertainment, and more.

Free hamburgers, hot dogs, veggie burgers and soda will be served along the main walkway as well as food for sale along the water walkways from community organizations, including cotton candy sold by the Weehawken Volunteer First Aid Squad.

No food or drink will be permitted beyond the designated food area, in order to protect the turf field.

Children ages 4 through 12 can ride on a hayride to the pumpkin patch to pick their own pumpkin to paint starting at 12:15 p.m. and running every 15 minutes.

Cloverland Farms will provide free pony rides and a petting zoo for children, and Bingo will be held for adults only at 1 p.m., 2:30 p.m., and 4 p.m. with prizes awarded to the winners.

A karaoke contest will take place at 5 p.m. in the Midway “teen” section of the festival also filled with carnival games, whose proceeds benefit baseball/softball & football leagues and the VFW.

Rolling Video Games, a mobile video game theater, will also be at the festival for those of all ages to enjoy. The mobile theater has four large HDTVs for up to 20 players at one time, where gamers can play as a team.

Over 20 local organizations will also have information tables set up along the riverfront walkway including the Elks lodge, American Legion, Cub Scouts, Girl Scouts, St Lawrence Church, the Weehawken School District, and more.

Demonstrations will also be provided by some of the organizations including one by the North Hudson Regional Fire & Rescue “Fire Safety House.”

The Fire Safety House is a mobile laboratory that teaches people of all ages how to prepare for a fire in several real-life simulators. The house is equipped with devices that portray the severity of a fire, including a fog machine to generates non-toxic smoke, which allows children to practice crawling low.

Several contests will also take place at the festival on the tennis courts for small prizes. Contests include a soccer kick, football throw, basketball shoot, and speed radar pitch.

In order to attend the festival, you must be a Weehawken resident and preregister.

Once registered, residents will receive a validated all access pass that they must bring with them in order to gain admission into the festival.

Turner said residents must register because otherwise they would have to many attendees from other towns. He said that as it is, he expects about 5,000 to 6,000 attendees.

The town will also provide free shuttle buses to and from the festival for residents. The free bus service will run every 15 minutes from 11:30 a.m. to 4:30 p.m. for pickup with the last bus leaving the festival at 7 p.m., one hour after the festival ends, for drop off.

Turner said “Weehawken is a small community where everyone knows each other and it’s an opportunity for everyone to come down and see one another.”  He added that the day is also an opportunity for residents to learn more about the town and the local organizations.

Locations and where to find activities

Section B (behind the tennis courts)

Section C  (behind the soccer field)

Marilyn Baer can be reached at marilynb@hudsonreporter.com