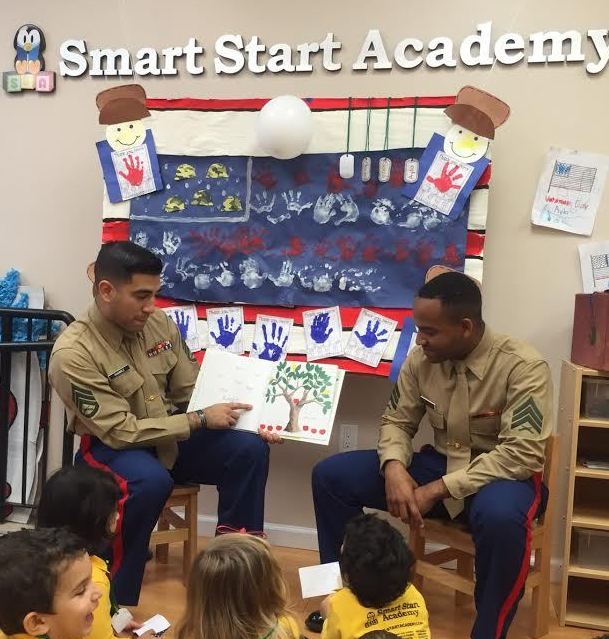 A lawsuit filed by former Hoboken Police Chief Anthony Falco in March 2013 against the City of Hoboken and Mayor Dawn Zimmer has been dismissed, according to a press release from City Spokesman Juan Melli.
Falco’s lawsuit has been “dismissed in its entirety” by Federal Court Judge Madeline Cox Arleo, the press release said.
The lawsuit, which was filed in Federal Court in Newark, claimed that both personal and political grudges led to unfair practices and inappropriate behavior during Falco’s tenure.
The 42-page complaint listed 25 counts of alleged wrongdoing by the mayor, including compensation and insurance issues, “undermining the chief’s authority within the Hoboken Police Department by disregarding the chain of command and the statutory authority of the chief” as well as interfering with hiring and layoff decisions of the Hoboken Police Department.
During proceedings, Falco claimed he was discriminated against because he was part of “Old Hoboken” and because of his connection to a particular Hoboken church. The court ruled in the city’s favor stating that “‘Old Hoboken’ was not a cognizable political association” and “does not refer to any political class or association at all.”
“I’m gratified that Judge Arleo saw through the smoke blown at the expense of the Hoboken taxpayer and dismissed this frivolous case in full,” said Mayor Dawn Zimmer in a statement. “I hope that Chief Falco will now accept the fair retirement payment offered by the city rather than attempt to revive a lawsuit that has already cost Hoboken’s taxpayers a substantial amount in legal fees.”
Falco was a member of the Hoboken Police Department for 42 years. He was appointed chief of police in 2009. Recently, current Hoboken Police Chief Kenneth Ferrante took over for Capt. Edelmiro “Eddie” Garcia, who temporarily replaced Falco, who retired from the post in 2014.
“Many of the claims were dismissed ‘with prejudice’ meaning that the claims cannot be re-filed. Several claims were dismissed ‘without prejudice’ meaning that former Chief Falco can attempt to re-file the lawsuit with respect to those items by alleging different facts than he has so far to substantiate his causes of action, or by filing the claims in State Court,” said city officials in the press release.”While it is possible that Chief Falco and his lawyers will take this route, the decision is an important legal victory for the city and its attorney Victor Afanador of Lite Depalma Greenberg, LLC.”
The court didn’t consider the claim related to the church because it was not part of the original lawsuit.
Falco also claimed he was not provided payment upon retirement as a form of retaliation.
“The Chief in fact was provided with a $153,551.19 retirement benefit which after deduction of federal and state taxes resulted in a net payment of $104,414.81,” the press release said. “Chief Falco chose not to deposit that check and returned it to the City. He then claimed in his court filings that he had received no payment at all.”
Falco is being represented by Jason F. Orlando and John W. Bartlett in the suit. Orlando said over the phone on Friday that “The judge’s opinion gives us the opportunity to refile by December 11 and we intend to continue to pursue Chief Falco’s claims.”
Falco may have been attempting to capitalize on a trend of former officials suing the city.
In August of last year, the city settled a wrongful termination lawsuit with Zimmer’s former environmental services director Jennifer Maier, which she had filed against the city. The amount of the settlement, which The Hoboken Reporter obtained through an Open Public Records Act request in February, was $95,000.
Another wrongful termination lawsuit filed in 2010 by former city spokesperson Paul Drexel, who was terminated by the Zimmer administration, was settled in 2012 for $23,500.
In 2013, the City of Hoboken settled a 2010 lawsuit for $99,000 with William James, a black Hoboken police officer who lived in Jersey City at the time. James had brought the suit against former Mayor David Roberts, former Police Chief Carmen LaBruno, and former Director of Public Safety William Bergen for discriminating against him in 2008 when the time came for promotions to the rank of sergeant. In exchange for the $99,000, James dropped the lawsuit and stayed on the force until May 1.
In 2011, the City of Hoboken agreed to pay five Hispanic officers $2 million to settle a discrimination lawsuit filed by the officers in October 2007, according to published reports. The five officers were former members of the city’s now defunct S.W.A.T. unit.

School board candidate files for recount

School parent and fourth place finisher in the Nov. 3 Hoboken Board of Education race, Addys Velez has filed for a recount with the City of Hoboken, Deputy Clerk at the Hudson County Clerk’s Office Hilda Rosario said Thursday.
Rosario said Velez, who was 36 votes shy of tying with school board winner Britney Montgomery in the race for three seats, filed the paperwork on Nov. 16. The judge ruled that the count will be administered Monday, Nov. 23, Rosario said.
Velez ran alongside incumbent Tom Kluepfel and another parent, Sheillah Dallara, on the Reach Higher, Hoboken! ticket supported by Mayor Dawn Zimmer.
Only Kluepfel won on the Reach Higher, Hoboken! slate, with 2,572 votes.
It came down to the wire for the other two winners, with mail-in votes putting newcomers John Madigan and Britney Montgomery in the seats. Velez was not available for comment by press time.

The 21 year-old Stevens Institute of Technology student who died after falling from a window off campus has been identified as Bryan E. Fitzpatrick, the Hoboken Police Department said in an email this past week.
Fitzpatrick, originally of North Potomac, Md., was found outside an off-campus residence on Sunday, Nov. 15. He was pronounced dead at the scene, according to a press release provided by police officials.
“We are deeply saddened by Bryan’s passing. He was a remarkable young man who will truly be missed,” said college spokeswoman Danielle Woodruffe in a statement to The Hoboken Reporter. “Our thoughts and prayers are with his friends and family. Students have been informed that our counseling center is available for them during this difficult time.”
Fitzpatrick studied electrical engineering.
Sergeant Donald Rosso and officers Bret Globke, Anthony Hochstadter, and Steven Albert responded to a call on Sunday at 1132 Clinton St. of someone falling from a window, a press release said. Clinton Street, on the west side of Hoboken, is across town from campus.
“Upon arrival officers located a 21-year-old male Stevens Tech student from Maryland lying unresponsive on the sidewalk with injuries sustained from the fall,” said the press release.
The Hudson County Prosecutor’s Office has ruled out homicide pending autopsy results, officials said. Further information was not available.

From Friday, Nov. 13 to Sunday, Dec. 13, art aficionados can head to the hob’art gallery for “Narrations in Multimedia,” described as a “visually evocative and illuminating” exhibition by hob’art members Jesse Ensling, Janet Kolstein and Meredeth Turshen.
The gallery is located at 720 Monroe St.
Kolstein produces prints using digital photography and scanned vintage materials. Ensling, an abstract artist, works with stone and clay, while Turshen does textured paintings on paper in oil and pastel. To preview the work and find out more visit www.hob-art.org.

After a four-year stint as the Public Safety Director of Hoboken, Jon Tooke will resign from the post effective November 30.
“On behalf of the citizens of Hoboken, I thank Jon so much for his service and wish him the very best in the future,” said Mayor Zimmer in a statement. “He started this position a few weeks early so he could be in Hoboken to assist with the response to Hurricane Irene, and ever since he has been an integral part of keeping our community safe, including starting up a successful Class II officer program.”
Tooke, a former Jersey City police officer for nearly 30 years with FBI experience, was appointed as the director of public safety in September 2011 and received $110,000 annually. He replaced Angel Alicea, who resigned after he told Zimmer that he had two meetings with Solomon Dwek, an FBI informant in the federal sting operation that brought down former Mayor Peter Cammarano in 2009.
“I have greatly enjoyed and am thankful for the opportunities I have had to add value to public safety and improve preparedness in Hoboken,” said Director Tooke in a statement.
The Hoboken police and fire chiefs will temporarily fill Tooke’s role while the city evaluates a suitable replacement, spokesperson Juan Melli said last Tuesday.

Residents looking to waive municipal construction permit fees for repairs and restoration of property related to damage caused by Superstorm Sandy have until Jan. 1, 2016 to do so, the city announced this past week.
Following the 2012 hurricane, the State of New Jersey provided the city the option to waive the permit fees for Sandy-related property damage. Property owners with questions may call the construction office at (201) 420-2066.