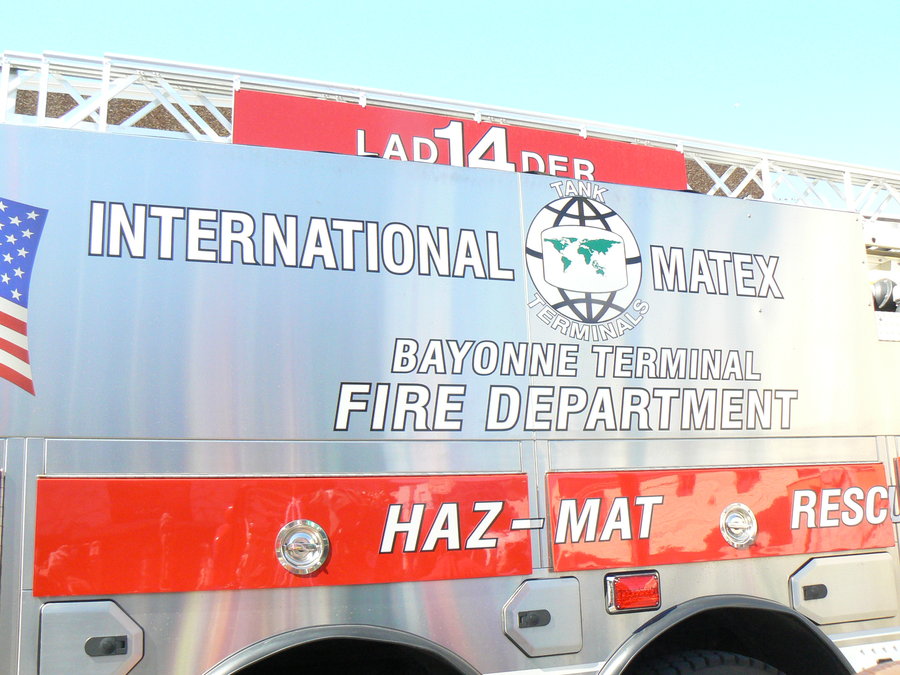 BAYONNE – A collision between a tugboat and fuel terminal pier at the International-Matex Tank Terminal (IMTT) site on Saturday, Aug. 1, resulted in an oil spill of an undetermined amount into the waters near IMTT, according to the U.S. Coast Guard.
The Coast Guard was notified at about 10 p.m. that day by IMTT crew members of the oil spill resulting from the accident.
Members of the Coast Guard Pollution Response Team were immediately sent to investigate. A Coast Guard helicopter crew from an air station in Atlantic City was also dispatched to aid in the effort.
As of late Sunday, Aug. 2, it was not known how many gallons of oil were released into the water.
The Coast Guard responders and IMTT crew members placed a containment boom, a temporary floating barrier, in the water and stopped the oil from spreading farther.
Coast Guard crews are monitoring the spill and assisting contractors in recovering the oil from the water.
The Coast Guard urges boaters to refrain from coming in contact with the oil and to remain a safe distance from the recovery operations.