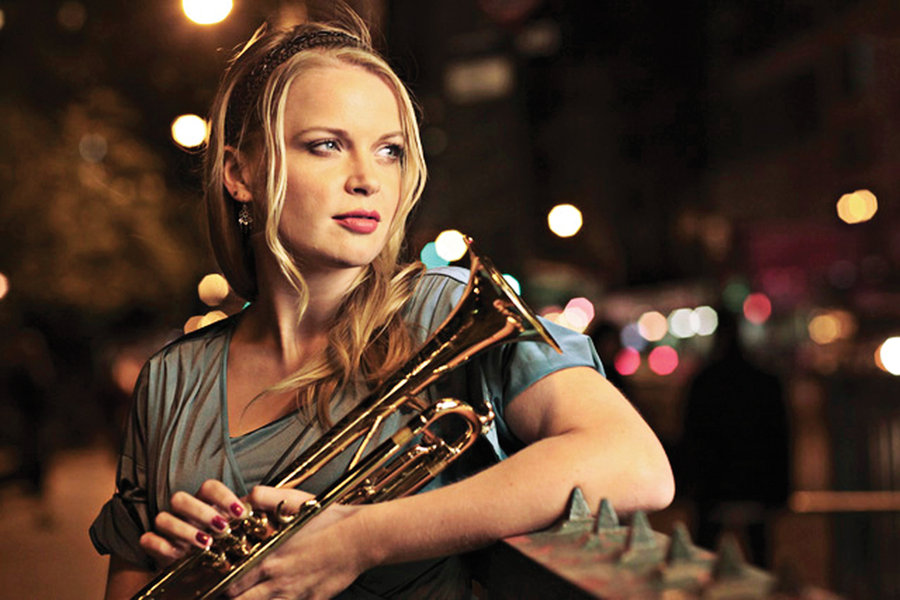 The Hudson Riverfront Performing Arts Center (HRPAC), which produces the very popular Summer Concerts on the Hudson music series at Lincoln Harbor Park and the UBS Atrium Series, both in Weehawken, will present its annual benefit gala at the Chart House on Saturday, May 2 at 6 p.m.
The group ultimately wants to build a performing arts center on the Weehawken waterfront. For now, they host several free concert series, which are also co-sponsored by the Reporter newspapers.
“Great entertainment is why people come back year after year to help support our cause and we are sure we have another fantastic show this year,” said Bruce Sherman, executive director of HRPAC. All of HRPAC’s concerts are free except for this event where funds are raised to help defray some of the costs associated with the summer concerts.
This year the featured entertainment will be the Bria Skonberg Quintet. Bria is an award winning trumpeter/vocalist/composer who the Wall Street Journal says is “poised to be one of the most versatile and imposing musicians of her generation.” She was included in DownBeat magazine’s Rising Star Critics’ Poll for 2014 and will make her debut at the prestigious Newport Jazz Festival this summer.
Bria, who is originally from Chilliwack, British Columbia, now resides in New York. This small town girl is clearly at home in the Big Apple, and was recently honored with a New York Bistro Award for “Outstanding Jazz Artist” and swept the 2014 Hot House Jazz Magazine awards in all categories in which she was nominated: Best Jazz Artist, Best Trumpeter, Best Female Vocalist, and Best Group.
Since moving to New York she has headlined at Symphony Space, Birdland, The Iridium, Dizzy’s, and Café Carlyle. Bria has performed and/or recorded with the likes of Nicholas Payton, Anat Cohen, Scott Robinson, Bucky Pizzarelli, and John Pizzarelli, and has also been featured on Wycliffe Gordon’s projects.
Bria is well-respected for her knowledge of classic jazz and her musically inquisitive nature. As a singer/songwriter and recording artist, she sometimes ventures into Soul and World music.

One of the hallmarks of an HRPAC Benefit is the inclusion of a special guest. This year, the guest will be singer, pianist, and songwriter Tony DeSare.
Tony has won critical and popular acclaim for his concert performances around the world. He is a gifted singer, pianist, and composer who has three top ten Billboard albums under his belt and has been featured on the CBS Early Show, the Today Show, and National Public Radio.
The critics agree. “He is two parts Sinatra to one part Billy Joel, meshed seamlessly…” raved the New York Times. And USA Today wrote, “DeSare belongs to a group of neo-traditional upstarts stretching from Harry Connick, Jr. to Michael Bublé and Jamie Cullum. DeSare covers old and newer pop and jazz standards without smothering or over-thinking the material.”
Tony was featured earlier this month at Carnegie Hall with the New York Pops orchestra in a centennial tribute to Frank Sinatra.
Tickets are still available for this year’s gala event. The festivities start at 6 p.m. with a cocktail hour and silent auction to be followed by the concert and a full sit-down dinner.
For more information, including how to purchase tickets, please visit HRPAC’s web site at www.hrpac.org or call the HRPAC office at (201) 430-6881.