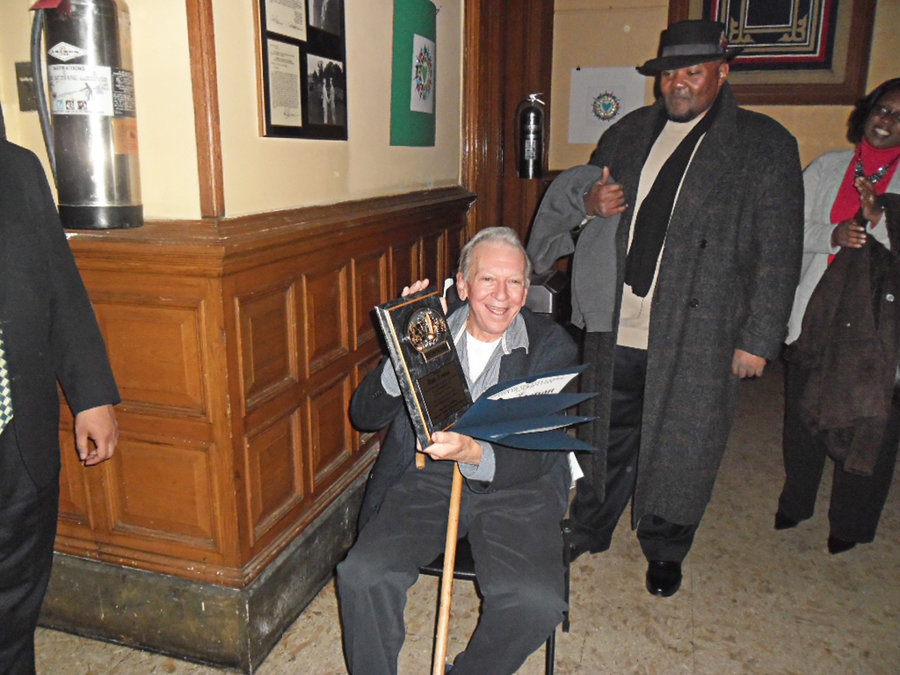 Stan Krause, owner of Stan’s Square Records, was honored at City Hall on December 12, 2014, for his long-running business and his record company, Catamount Records, which has recorded groups such as the Persuasions. (See our story on him in the Fall/Winter 2013/14 issue of JC Mag.) At the ceremony, an acapella group on his label, The True Devines, performed in his honor. The store opened in 1965 on Kennedy Boulevard in Jersey City before moving to its current location on Bergen Avenue in 1978. Stan’s is known for its vintage vinyl records by a who’s who of artists, including Aretha Franklin, the Temptations, and James Brown.—Stephen McMillian