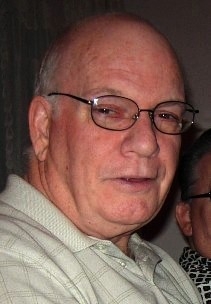 A Mass of Christian Burial was celebrated on March 7 at St. Aloysius Church, Jersey City, for John J. Reilly, 64. A well-known figure in local government and politics, he died February 28 at Jersey City Medical Center. He was born in Hoboken and raised in the “Island” section of Jersey City. He attended St. Joseph’s Grammar School and Dickinson High School. He served in the U.S. Navy during the Vietnam era. He became involved in politics in the mid-60s with the campaign of mayoral candidate Joseph Connors. His aunt, Agnes Alfieri, ran on that ticket, and John’s volunteerism led to his eventual political career. He was ward leader in Ward D and president of the Ward D Civic Association. In 1977, with the election of Mayor Tommy Smith, he entered into a career of public service in Jersey City and Hudson County. He worked for the county as Director of Internal Affairs under County Executive Edward Clark, and worked for the Department of Public Works on the Mayor’s anti-graffiti task force. He was also an aide to Jerramiah T. Healy during his time on the council, and in published reports about his long-time friend’s passing Healy called Reilly “a great friend and a great friend of Jersey City.” He remained an aide after Healy’s election as mayor, working as his liaison to a number of autonomous agencies. He was currently a commissioner on the JCIA and involved in various community activities. He often entertained, and was known for his remarkable Frank Sinatra-like voice. His sharp wit and jokes always made him the life of the party. He is survived by his wife Genevieve; three children, John Jr., Dennis and Judi Ann; his siblings Dennis Reilly, Robert Illback and his wife Marsha of Kentucky, and Nora Wahla and her husband Norman of Michigan; two grandchildren, Brittney and John Reilly; special inlaws Diane and John Blaskewicz, and many nieces and nephews. Services arranged by the Introcaso-Angelo Funeral Home, Jersey City.