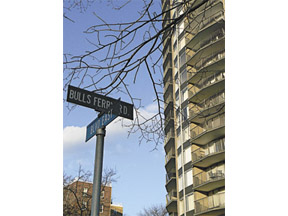 The village of Bergen was established on Sept. 5, 1661, 30 years after the some of the villagers of New Netherlands in Manhattan crossed the Hudson River and settled along the Palisade cliffs.
Seven years later, after the territory came under British rule, the area where the township currently exists became known as “the Town and Corporation of North Bergen.” Hudson County was formed in 1693. By 1900, Hoboken, Secaucus, West Hoboken (which became West New York), and the Township of Union (which became Guttenberg) seceded from North Bergen and formed the municipalities we know today.
North Bergen, which was witness to a revolutionary battle, has grown since it was the area’s first colonial establishment. Here’s a look at where some of its history occurred and how the landscape has changed since then.
The information about North Bergen’s origins came from a booklet written by Ulysses S. Grant School alumnus Michael Kruglinkski in 1998, the hundredth anniversary of the school, which 50 years earlier had been torn down.